Behring’s case against DHS challenging the validity of the 2019 EB-5 Immigrant Investor Program Modernization Rule is currently pending in federal district court. The next court date is May 6, 2021 when the court is expected to issue a final ruling.

When last in court on March 25, 2021, US magistrate judge converted Behring’s motion for a preliminary injunction to that of summary judgment on the legal issue whether the 2019 EB-5 Modernization Rule is invalid because it was promulgated by acting DHS officials who were appointed in violation of the Federal Vacancies Reform Act of 1998 (“FVRA”). The court asked the parties to submit written briefs on the applicability of the de facto officer doctrine and on the appropriate remedies should the court vacate the rule.

In the interim, on April 1, 2021, DHS notified the court that newly appointed DHS Secretary Alejandro Mayorkas made a last-minute ratification of the action of former acting DHS secretary Kevin McAleenan, i.e. affirming the EB-5 Final Rule. Mayorkas stated that this was done in recognition of recent court decisions holding that acting DHS officials, including McAleenan, were unlawfully appointed, and therefore, any actions taken by them are invalid.

Notably, DHS Mayorkas has not ratified any of the other actions invalidated by the other courts.

Behring, through its attorneys at Greenberg Traurig, has notified the court that it does not agree the ratification is valid and submitted arguments against DHS’s ratification and de facto officer defense. The next court date is May 6, 2021 unless the magistrate judge decides to rule on the briefs alone without further oral argument.

In short, Behring argues that the FVRA does not allow prior actions of an unlawfully appointed official in violation of the FVRA to be ratified. Congressional anticipated such post-hoc efforts by the Executive Branch to try to correct prior violations, and in enacting the FVRA in 1998, Congress expressly stated in the Act that if “any person” performs “any function or duty” of a vacant office covered by the FVRA, without validly serving as an acting officer under the FVRA or an agency’s succession statute (here, the Homeland Security Act (HSA)), then that action “shall have no force or effect” and “may not be ratified.” See 5 U.S.C. § 3348(d)(1)-(2).

Here, McAleenan’s designation as Acting Secretary of DHS was not in compliance with the order of succession in effect as authorized under the HSA. This has been confirmed by 5 other courts. Moreover, McAleenan’s actions in promulgating the 2019 Rule changing the investment criteria for the EB-5 Program was a “function or duty” under the FVRA, i.e. those function or duties that were expressly designated as non-delegable. In the 2019 EB-5 Rule, Acting DHS Secretary asserted that the exclusive authority to change the EB-5 investment criteria resides exclusively in the DHS Secretary. Thus, McAleenan’s actions fall within the express provisions of the FVRA and may not be subsequently ratified.

Even if the DHS Secretary’s ratification is accepted by the court as valid, it does not impact Behring’s additional claims that the 2019 EB-5 Rule violated the Administrative Procedure Act and the Regulatory Flexibility Act when, among other problems, DHS failed to adequately consider the economic effects the 2019 EB-5 Rule as well as the failure to consider the absence of certainty created by an unworkable TEA designation process.

Behring hopes that a favorable decision from the court will provide EB-5 stakeholders a new opportunity to work with Congress and DHS to find a meaningful solution to these challenges.

An overview of Behring’s USCIS lawsuit can be viewed here Click here.

If the EB-5 regulations are invalidated and the $500,000 investment amount is restored, it is likely only for a limited time. The sunset date for the EB-5 Regional Center Program is June 30, 2021. New legislation is expected to change the required investment amounts.

Yesterday, the judge approved the settlement with USCIS secured by Behring Regional Center and other EB-5 industry plaintiffs, officially closing the case. The judge’s approval places the EB-5 regional center program on solid ground and enables EB-5 investors to file their I-526E petitions with greater confidence. Watch Behring’s on-demand webinar to learn more about what END_OF_DOCUMENT_TOKEN_TO_BE_REPLACED 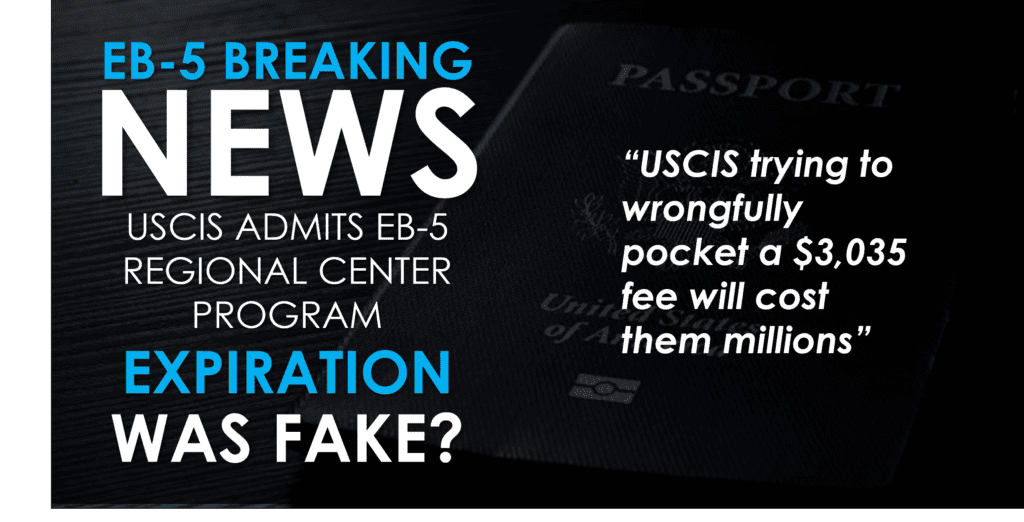 Yesterday, Behring Regional Center had its second hearing before the US District Court for the Northern District of California in its third lawsuit against USCIS. The hearing was scheduled after the Judge Chhabria requested both parties to file supplemental briefs to address further the question whether Congress intended to cancel the existing Regional Center Program END_OF_DOCUMENT_TOKEN_TO_BE_REPLACED 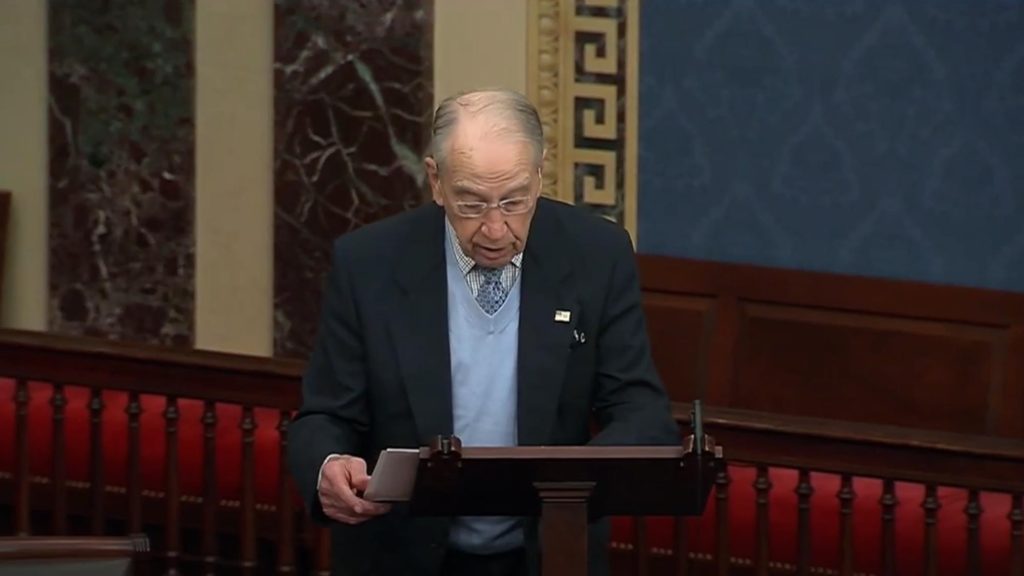 The court scheduled a second hearing in Behring’s preliminary injunction lawsuit against USCIS’s recent deauthorization of regional centers. The hearing is set for Thursday, June 2nd at 12:30pm. The court specifically requested that USCIS address the relevance of Senator Grassley’s statements made about the RIA. Watch his statement here. Behring holds that Grassley’s statements have no bearing on END_OF_DOCUMENT_TOKEN_TO_BE_REPLACED Today, May 9, 2022, Congress issued a bipartisan letter to DHS clarifying Congress’s intent regarding the 2022 Integrity and Reform Act, stating that existing Regional Centers do not need to be recertified under the law. Recently announced on its website, USCIS wrongly interpreted the statute, claiming that because Congress repealed Section 610 of the Departments END_OF_DOCUMENT_TOKEN_TO_BE_REPLACED 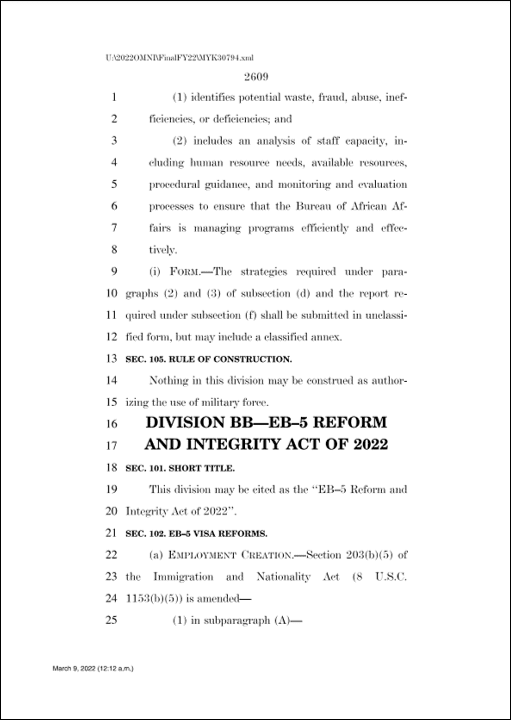 Breaking News:  Below we are outlining the summary terms within the new EB-5 Reform and Integrity Act of 2022.  We are also hosting a webinar event to discuss the new changes. A replay is available for those who register after the broadcast date. {{ vc_btn: title=Register+for+Webinar&color=danger&enable_fancy_box=no&link=url%3Ahttps%253A%252F%252Fmy.demio.com%252Fref%252FDblwsg21yxUD4yR2 }} ***New EB-5 Bill Officially Out. Download here.*** ***Read END_OF_DOCUMENT_TOKEN_TO_BE_REPLACED Last June, Behring won a landmark lawsuit against USCIS, vacating the 2019 EB5 Modernization Rule. This Rule created increased risk and uncertainty to make the Program unworkable. After its implementation, new filings dropped by 99%. On June 22, 2021, the federal court agreed with Behring that the 2019 Rule was unlawfully implemented by acting officials END_OF_DOCUMENT_TOKEN_TO_BE_REPLACED 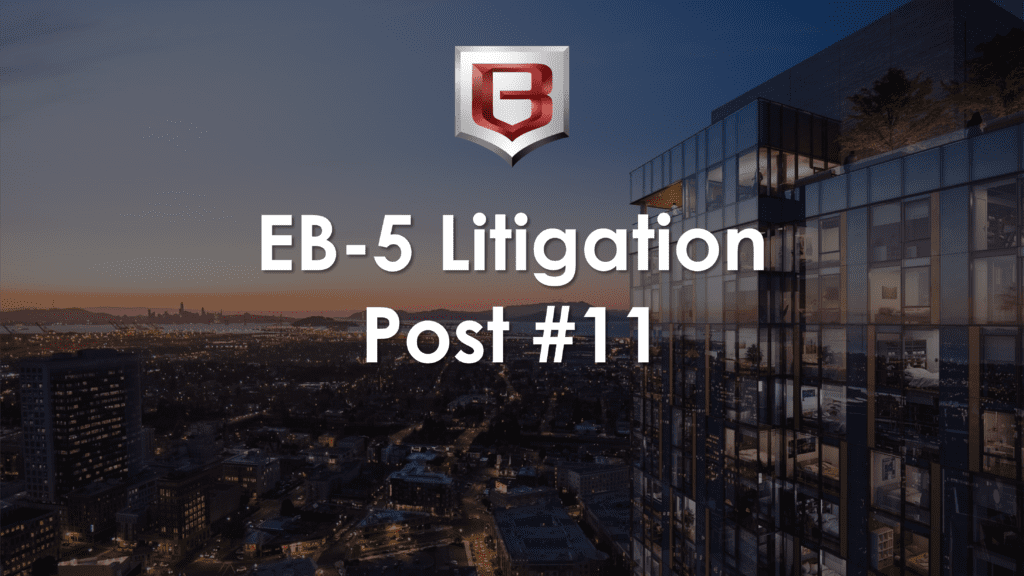 Over the weekend, Behring Regional Center filed a second lawsuit against DHS and USCIS, and including the Department of State (DOS), because these agencies have wrongfully canceled the EB-5 regional center program and are unlawfully withholding adjudication of pending EB-5 petitions and visa applications. One of our investors informed us that the law firm Wasden END_OF_DOCUMENT_TOKEN_TO_BE_REPLACED 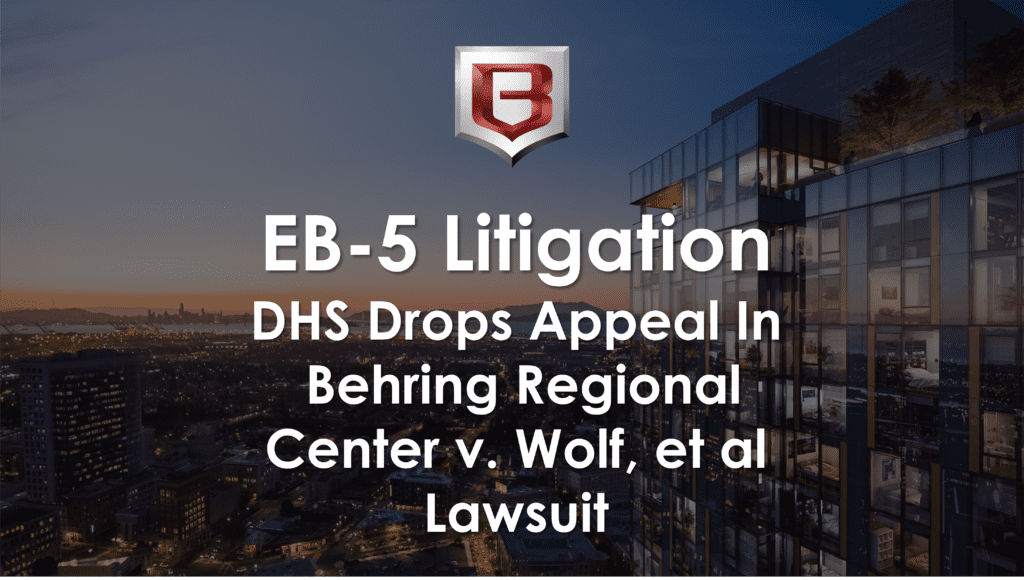 In June 2021, Behring won its lawsuit against DHS, reversing the EB-5 regulations that were implemented in November 2019. In August 2021, DHS filed a motion to appeal the court's ruling. Today, January 5, 2022, the Department of Homeland Security withdrew its appeal of the Behring Regional Center LLC v. Alejandro N. Mayorkas, et al END_OF_DOCUMENT_TOKEN_TO_BE_REPLACED Today, DHS filed its notice of appeal on the last day before the 60-day window expired in Behring Regional Center v. Wolf et al. This is not cause for alarm, and EB-5 investors should not make hasty decisions and feel they must rush to make new EB-5 investments. Contrary to some reports already floating around, END_OF_DOCUMENT_TOKEN_TO_BE_REPLACED Behring Regional Center Secures Major Legal Win Against DHS: Court Vacates 2019 EB-5 Modernization Rule Download - Read the Decision Today, the US District Court for the Northern District of California ruled in favor of Behring Regional Center, vacating the 2019 EB-5 Modernization Rule. The court agreed that DHS had no authority to implement the END_OF_DOCUMENT_TOKEN_TO_BE_REPLACED Behring Regional Center had its final EB-5 hearing on May 13, 2021 before the US District Court for the Northern District of California in its lawsuit against DHS and USCIS. In Behring Regional Center vs. Wolf, et al, Behring seeks to block the 2019 EB-5 Modernization Rule that derailed the EB-5 Program’s reasonable operability and END_OF_DOCUMENT_TOKEN_TO_BE_REPLACED Behring is in the news again for our latest efforts to improve the EB-5 industry in its EB-5 lawsuit against USCIS. This time is different though. We are not just innovating to offer better EB-5 investments, but to save the industry as a whole. After the new EB-5 rules started in November 2019, the industry END_OF_DOCUMENT_TOKEN_TO_BE_REPLACED 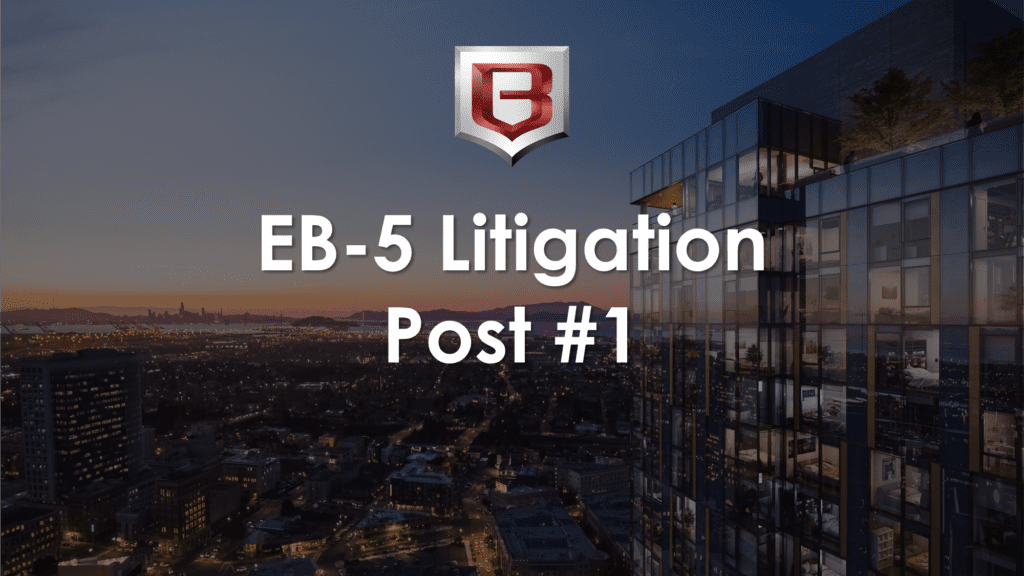 Welcome to Behring’s Lawsuit to Vacate 2019 EB-5 Modernization Regulations Page. Here, we aim to provide stakeholders in the EB-5 Program with the case background and updates on Behring’s lawsuit against the DHS, USCIS and DOS stemming from the adverse effects of their unilateral termination of the EB-5 Regional Center Program.  See all of the END_OF_DOCUMENT_TOKEN_TO_BE_REPLACED